Arrived! Housekeeping tasks in advance of receiving my gear

This morning we rolled into Brevard County, Florida - the Space Coast - where we will live. My equipment and computers have preceded us and await my scheduling for their delivery to my workshop. Most of my home furnishings and personal property will wait in the warehouse until we secure our new home here. For the interim we will be in a rented house in Cape Canaveral.

Posted by Carl Claunch at 3:21 AM No comments:

My first six pods have arrived at the Florida warehouse, waiting for me to schedule delivery of the equipment and tools to my workshop once I arrive. The last two are in transit but should join the other six before I am in the area.

We pulled away on schedule this last Friday, July 16th and proceeded on our leisurely eastward trip with visits to several friends. The first was a bit west of Palm Springs CA, then Scottsdale AZ for a few days and now a weekend in Santa Fe NM.

Next week we have only one dinner with a friend in Austin TX otherwise we just drive 6-7 hours each day and enjoy the scenery.

Wrapping up the packing while the first six pods head eastward

My first six pods, containing all my hobby items as well as our larger furniture pieces, were picked up today by the U-Haul transporter and began their journey to the east coast where they will wait for my arrival.

The lighter furniture and all the remaining household possessions are staged and mostly packed. Monday some new pods will arrive and we will fill a few to complete the process of moving out of this home.

Archiving projects when I am settled into my workshop in Florida

I owned substantial amounts of media for the 1130 which takes up space and is very heavy. In my original plan I would have digitized all of it so that I only needed to move a representative sliver when I relocated to Florida.

Once the market conditions and other factors led us to jump on the accelerated schedule, it became impossible to complete the archiving before we moved. I had to accept a plan B that brought all that material with me and postponed the archiving until I was in Florida.

I have well more than 50 boxes (2,000 cards per box) of software for the IBM 1130. This consists of various system software, compilers like Cobol, RPG and Fortran, plus many of the available application programs that users could order from IBM or the user community. It is important that this be preserved and made available for 1130 fans and historians.

I have more than 60 physical 2315 cartridges that were used with my 1130 and others. They contain interesting software and in some cases both applications and appropriate data such that they show good examples of how this system was used in the mid to late 1960s.

I have a pair of Documation card readers which will allow me to read and save digital images of all those boxes of cards. One of the readers operates at 600 cards per minute and needs a bit of nursing to handle decks. That uses an external interface box, connected to the reader and linked via USB to some programming on a personal computer.

The other reader is capable of 1000 cpm operation and was in the midst of getting a modification wherein I built in the interface and provided a USB port for easy connection.

I will get at least one of the card readers operating well and then process the many decks of cards over the coming weeks.

Each disk cartridge needs to be opened, inspected and carefully cleaned before it can be inserted into a disk drive. Any damage or dirt on the surface can cause a head crash. Worse, there are so few heads available for the original 2310 density drives that a crash would threaten my ability to work with disks in the future.

I own a Diablo standard density drive (versus the high density versions used with most minicomputers such as the Xerox Alto). This is an alternative to the IBM built 2310 (project name ramkit) drive inside the IBM 1130.  If I use the Diablo I protect the ramkit drive and the value of the 1130 system.

The Diablo needs new heads installed, which I finally located a year ago, then it must be connected in order to read the cartridges. I plan to construct the controller to make use of the Diablo drive, based on an FPGA and interface board that I will modify from the version I used to archive all the cartridges from the Xerox PARC collection as that organization purged the physical assets several years ago.

Once the archiving tool and drive are ready, I can carefully clean and read the many dozens of cartridges to achieve my archiving objective. This would have taken months under the old schedule, thus it will take place after I reach Florida.

I anticipate offering the physical cartridges and card decks to museums or collectors once I have preserved the contents. I only need a couple of cartridges to retain with my 1130 system in order to use the built in disk drive when operating the computer.

Posted by Carl Claunch at 11:24 PM No comments:

The IBM 1130 system, my full size Telex 3420 compatible tape drives, P390 system, 317x terminals and controller, and many many parts are now loaded. Continuing with test instruments and tools. 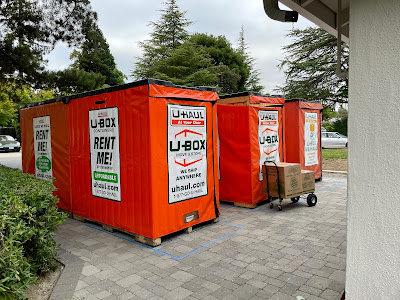 Posted by Carl Claunch at 8:52 AM No comments: