Will continued his drive from the east coast to the heartland today and should meet with us tomorrow morning. Meanwhile, Art, Alan and I had a very successful day inspecting, sorting, packing, and moving items around.
It began a bit slowly at the Budget Rental outlet in Olathe - our truck should have been full of diesel and the supplies we booked, but was nearly empty on all counts. We waited about 35 minutes for someone to drive over, fuel it up and return to the lot. When I asked how far away was the gas station, the puzzling answer was 'just on the other side of the highway. Couldn't be more than 200 feet away - so why the looooong delay? One of life's mysteries.

More delay when we were told they had no more hand trucks. We had reserved them but apparently they are not really reserved, just a 'first come, first served' resource. We couldn't imagine hauling hundreds of boxes of cards and other items up without two hand trucks; the answer was a pricey visit to Home Depot to buy two plus boxes, tape and other supplies. 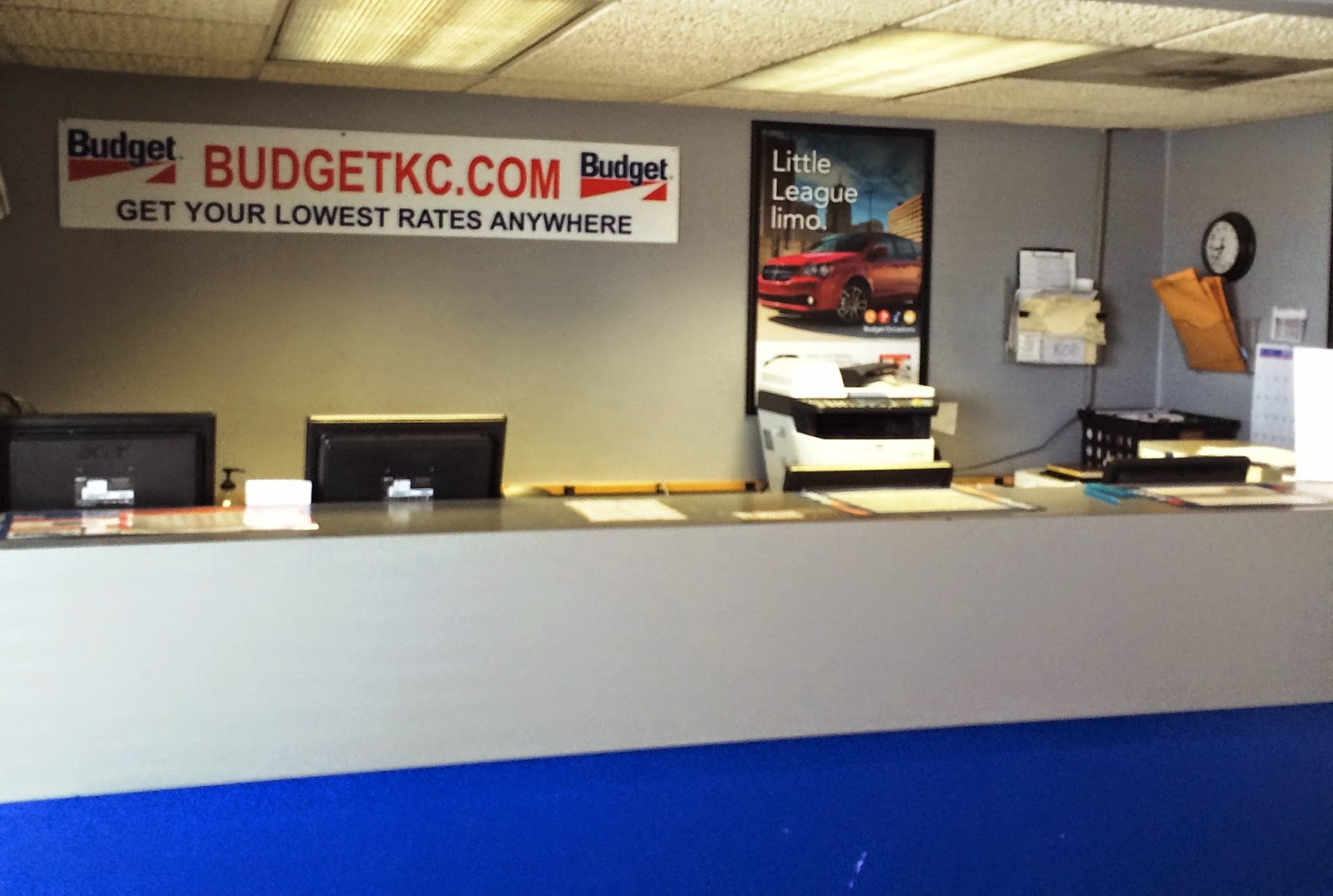 We began the ride to Beloit at 9AM, later than we had planned, and stopped only once for 20 minutes. Overall, the trip took almost five hours. Robert Wichers Jr, the owner of the 1130 systems, met us and brought us into the facility. It is a much larger building than we expected from the photos we viewed - the 1130 systems were in one of many rooms in the basement level, the blank cards and other supplies were in another area. Robert made available pallet jacks, trolleys, empty boxes and even drove on an errand to get more markers to label our boxes.

Robert kept everything in really good condition, especially considering the age of the equipment. There were a few spots where the machines touched the cool cinderblock basement walls where condensation formed enough to put a very light mildew on the skin. Nothing got inside or effected the mechanisms or wiring in any way. I think these systems are in superb starting condition for a restoration and should be easy to bring back to life.

One other issue is common to any system from that era - the plastic foam used for noise reduction inside machines, from Selectric typewriters to computers and peripherals, turned into a frisible slightly liquid material that shatters with the lightest touch, but also is tacky and sticks to things. It is reminiscent of tar when you find a smudge of it on something. The air filters were made from the same type of foam, meaning that we were greeted with crumbling goo-foam inside every box.


This has no lasting effect on the machine - once it is removed, cleaned away and all the particles are gently blown out of the equipment, it will be as good as new. We each focused on one aspect of the project.

Alan sorted through all the manuals, armed with the list of the manuals already in Norm and Brian's library (see ibm1130.org )and the list of manuals saved on bitsavers.org. Any manuals that were not already captured, or that were newer versions, got packed for shipment. Alan also boxed up the disk cartridges which can be copied to more accessible media and thus available for historians and 1130 enthusiasts.

Tomorrow Alan will box up the 'contributed programs' manuals - these were programs that users or IBM field personnel wrote, then made available for any other 1130 user to receive a copy. A glimmer of the open source spirit from back in the 1960s.

Arthur focused on the tens of thousands of punched cards to find and box everything of general interest. We left the programs written to support the owner's business, for example. We had two complete sets of cards to load the DMS2 disk monitor system, plus compilers, contributed programs and we believe some programs from COMMON, a IBM users group. Art found that the cards appear in perfect shape but had definitely expanded a bit, based on the pressure on the clamps in the Wrightline drawers where they were stored. We will have to stabilize them at an appropriate temperature and humidity before reading them, or make a compensatory adjustment to the card reader. By the end of the day, Art had all but two drawers sealed up and in the truck.

I focused on assessing the systems, collecting the documentation and planning for their packing to be safely shipped. There is a full set of maintenance documentation for both 1130 systems and I have historical records of how they were initially ordered, what features were added in the field later, and what service was done to each unit.
My system - the yellow 1130 - was the original system used by Robert. It is a 3.6 microsecond machine with 32K words of core storage. Besides the adapters to connect to the 1132 printer and 1442 card reader, it had a Storage Access Channel feature installed in mid life, a fairly major change to make on an installed machine. This feature provides links to connect almost anything as an IO device, providing the means to read or write to core memory, specify the address for the core accesses, present interrupts to the machine and request cycle-stealing for data transfer.

Will's system - the blue 1130 - was owned by a state vocational-technical school and purchased by Robert when it was sold off. Robert kept it as a spare in case he had problems with his yellow 1130, but nothing was ever taken from it. The machine was running properly when taken out of service and packed for shipment to Robert. This machine is an 8K word model 4, nominally a 5.6 microsecond machine but internally it was the same as the yellow system, 3.6 microseconds, delaying the end of each memory cycle by sitting idle counting a fixed number of clock cycles. The clock was 450 nanoseconds and a memory cycle takes 8 of those cycles, T0 through T7. On most 1130s, T0 follows T7 on the next clock cycle, but the model 4 machine will twiddle its thumbs for a number of cycles at T7 before it starts over with T0.

I opened some of the card bays inside the two 1130 systems to verify that the logic cards were all there and corresponded to the documentation. In all cases, both systems passed. I also inspected the condition of the console typewriter, keyboard, power supplies and other parts of each system. Each of the systems has a push-button or two that won't stay down in its socket, but that is easily correctable. The yellow 1130 has had its dual-color ribbon feature disabled.  The yellow machine also has added parts to the console printer panel and some internal wiring added - a mystery to resolve during restoration.

I did a much quicker inspection of the 1442 and two 1132 printers. They are intact and have all their cables for attachment. It is my expectation that these will be readily restored to operation.


It is hot and very humid here in Kansas, fortunately the basement is cooler but when we go outside we return wet as a dishrag. We are doing the pickup at a time when the building water is not working. This means a hike to a porta-potty that Robert provided outside, but also means no way to wash our hands as the dust, oil, tar-like foam and other layers build up.

We worked until almost 8PM today, loading quite a bit of the card and disk software, the 029 and 059 keypunches, the manuals and the yellow system maintenance documents. Robert came by on a huge forklift, not the small units you see running around inside warehouses. It took almost no time to hoist the few items up onto the truck.

We positioned much of the equipment to make it quick to load them tomorrow (Saturday). The are ready to roll to the freight elevator, bring to the ground floor and outside for a forklift ride to the truck. Will's 1130 and printer are staged, with the maintenance documents, as these will be loaded in his van and trailer. Will will then take much of the computer room furniture - Wrightline cabinets for the most part. The yellow 1130 was staged with its core memory extension placed almost where it will be fastened when it is put together in California.
There are some steps to take before the loading, preparing the units for transportation. These include bolting down the console typewriter, protecting the disk heads, locking the disk arm in place, wedging logic gates to minimize shaking, tying items that might move into place, and other steps to help the systems survive their 1,650 mile journey to the west coast.

We limped back to the Super8 motel, picking up some pizza nearby to eat in the room. We will return to begin equipment loading tomorrow morning at 8AM. We expect to be joined within a couple of hours by Will Donzelli, John McKee and one of John's relatives. With that many hands on deck, and all the organizing completed, it should move quickly. The 1442 card reader does not have any wheels, nor do the card sorter or 085 collator. Those will be the most difficult units to move out, but we believe we can get them levered up onto pallets and then use a pallet jack to haul them through the building. Unloading the units in California will be an interesting challenge.
Posted by Carl Claunch at 9:24 PM