SAC Interface wiring completed, minor snag to fix then back to testing


SAC INTERFACE FOR ADDING PERIPHERALS TO THE 1130

Got out to the garage in small bursts to continue wiring in the 1131 signal lines to the new driver card. As of lunchtime I had five of the seven chips wired, a total of 30 of the 41 lines were attached. Perhaps another hour of work to complete the remainder, sometime this afternoon or early evening, then I can power it up and test everything.

Finally, by late afternoon, all the signal wires were attached, I had checked for shorts, and the board had its power and ground lines attached to the rest of the box. Testing will involve a number of different addresses and data values, until I am certain that the lines are hooked up correctly and can be driven to both 0 and 1 states. The attachments are cleaner, easier to check and appear to be more secure.


I found one pin that appeared soldered to the trace on the new board wasn't really in contact - easily fixed. Things were looking good with the board, but I seemed to have lost part of my ground circuit inside the SAC Interface box, which blocked my testing switches from working. They pull signal lines down to zero to activate, but if the ground circuit isn't good . . .

I had to spend the rest of the evening ensuring that all the power and ground lines were correct, postponing testing until tomorrow.  My testing of the fpga board with the 'flashbench' example program got the same failures trying to write the first sector - repeated this on two different PCs. Waiting for word from the board maker.

I found two HP alignment cartridges on eBay - one listed as new but for a very high price, the other available to buy immediately at $40. I could see that these cartridges are recorded for the higher density version of the drive - double as many cylinders and a higher bit rate - but physically it is compatible. 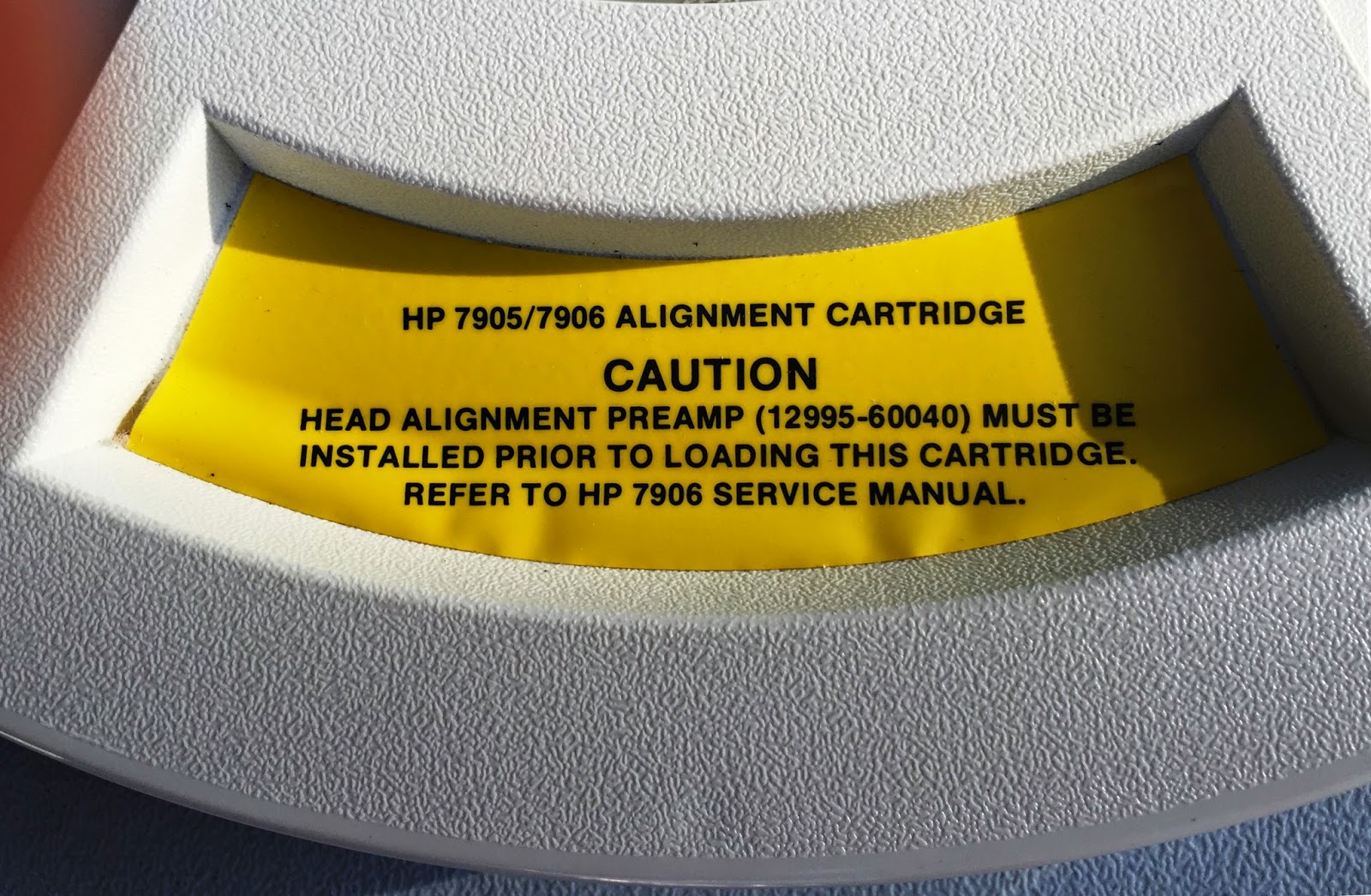 I can adjust the alignment of my 2310 drive, simply dividing the cylinder on the HP cart in half to get the 1130's arm positioned to the same spot on the platter. I should be able to scope the signal and maximize the signal as a means of aligning my drive to the standard positioning. This aids interoperability of cartridges moved between different drives.

The less expensive cartridge appeared very clean so I took a chance. When I picked it up, I could see it had been properly stored, with no contamination or dirt on the platter surface.